I enlisted in the U.S. Navy 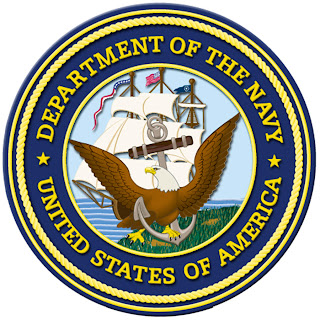 Yep I did it, On November 1st I swore in and joined the U.S. Navy. I know there might be a lot of questions so I'll just tel the whole story.

Last year I got I changed my major to Air Traffic Management or Air Traffic Control (ATC) from the more general Aeronautical Management that I was doing. Really the only difference in the degree is that the last few classes in ATC are labs in ATC sims which seemed cooler then upper level management classes. Since taking these ATC classes I've found that I really do like them and would want to do ATC for a career. I do still want to be a pilot but I've since put that on hold. I need a job that I can support my family with. In order to be a pilot I would have to go at least another $10,000 in debt and after I get hired the average starting pay for a regional airline pilot is around $20,000 a year. With almost $100,000 (by that point) in student loans and a family to take care of, making only $20,000 a year won't cut it. So I started looking at other options that's when ATC looked good. But I wanted a back up plan.

Back in April I looked in to being a Controller in the military. Since I was is high school I have always been interested in the military and it's always been in the back of my mind to join but it's never been the right time or it didn't fit or it just didn't feel right. In April and I was looking into a military service that could give me all the things I wanted. Namely a Control Tower Operator Certificate and get my loans paid off. I narrowed it down to the Navy because they were the ones that would give me the most Loan Repayment Program (LRP) Money to payoff my Loans ($65,000) and the most likely to get the kind of experience I would want and would be valid for the FAA.

I talked to them and took the ASVAB in May. I got an 85 which was good for ATC or really any job that I wanted but they told me that I would have to pass a phyical before I joined. I order to pass a physical I had to lose 30 lbs. Over the summer I got a personal trainer and started to work out while eating about half the caloires I had been. I also on a fluke got to go backpacking at Philmont for 10 days which really pushed me and helped. So as of last month I made weight.

I took the physical and passed. Then came the part where I sign up for a job. I wanted AC (that is the Navy job code for ATC). But they said they didn't have it and that he would noy give it to be because my eyes aren't 20/20. The job they did have a Operations Specialist OS. OS controls air and sea traffic but in a tactical sense, where to go, who to engage and so forth. It's sounded cool but I was unsure. It wasn't AC. So I called my wife and we talked about it, together we decided to go for it. It was a good job (inside work environment, with a Top Secerat clearance). But above all it felt right. Through the whole process of filling out all the paper work it felt right. Every time in the past I've looked in to the military I stopped just because it didn't feel right. And there I was presented with a job that I would like to do but isn't what I wanted and it still felt right. So we signed up for 4 year. And I report on April 19th 2011.

I still want to be an AC for the Navy so my date might change if all the paper work gets approved and I get my job changed before I ship out. If not I'll change while I'm in.

Right now we are excited and a little nervous of course. It's something new and we don't know what is going to happen for sure. I still plan to finish my degree in the Navy (and have them pay for it). We are ready for this adventure and who knows what the future will hold.

Erin said…
Congratulations, Trevor! What a big step! But, like in Stake Conference this weekend, sometimes we have to go a few steps into the dark before the Lord shines the light. Good luck!
Sunday, November 14, 2010 8:00:00 PM