February 11, 2011
So since my brother Brendon has been back from his mission he has not been flying with me. I got my private pilot certificate about a month after he left on his two year mission. I always wrote him on his mission about all the flying I was doing because at the time I was building my hours for my commercial. Since being back last September are schedules have never lined up until today.

We flew up to Payson to visit my Grandparents and an old family friend, Lou, that was there to visit. As most of you know I've done lots of trips to Payson before but this was my brother's first. I like the flight to Payson because you get to see lots of the desert and the Phoenix valley as well as go in to the mountains and see a bit of the rockys.

Me at the Controls 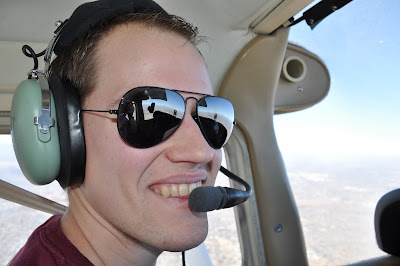 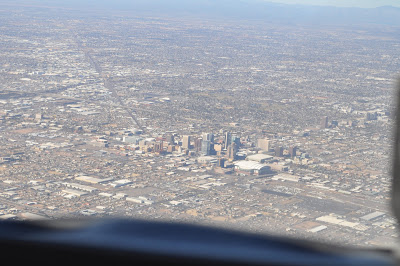 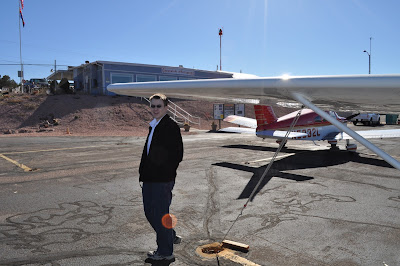 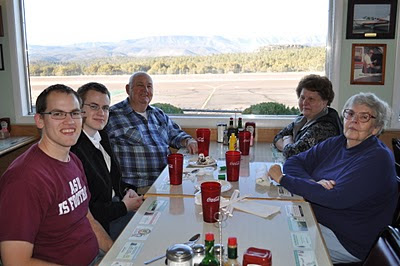 ah... the weather rock no airport should be without one. 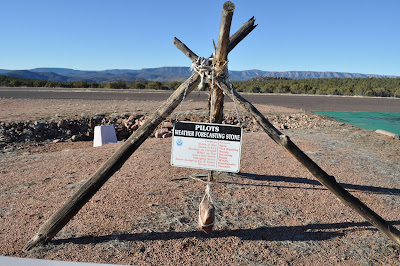 Back on the ground in Chandler trying to figure out how to put the cover back on the plane. 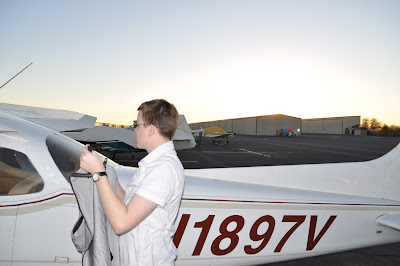 Brendon did good he didn't throw up or even go for the bag. On the way up going over the ridge to get in to Payson was a little rough but coming back it was turning dusk and claiming down. It was a great flight.