Road Rage in the Air

April 04, 2017
There has been lot of changes in life, a change of job, I’m not in the military anymore, so that also means a change in location. Arizona called me back from San Diego. Although I was sad to leave this is where we are supposed to be. We moved to Marana a town on the north side of Tucson it’s a great location close to work and family and best of all it is only a 10 min drive from Marana Regional Airport. The airport has 2 interesting runways 12-30 which is the long almost 7000’ runway and the shorter almost 4000’ 03-21. Most of the time the traffic favors 12. 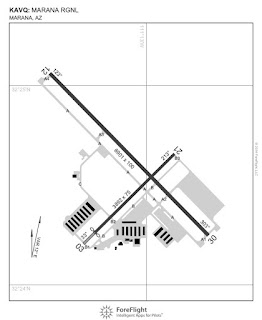 Shortly after moving to Marana I was at the park or out walking with my son I wanted to know what was going at the airport. I’m not directly under the pattern but I can see most of the planes on downwind. So I put up an antenna in my attic wired it my aviation handheld and then to a computer and steamed it online through LiveATC.net. Just a side note if anyone wants to do that liveatc is super helpeful at getting it all set up it makes it really easy.

So for a few months now I’ve been listening to the traffic at the airport. The airport is non-towered, although it is in the 20 year master plan to build a tower. This day on Wednesday Mar 15, 2017 was one of those days that a tower would have been useful. The airport is popular with students because it is just over the threshold for what the FAA deems a cross country flight from most of the phoenix area airports. The Army also likes to come to the airport to train too. In this recording the Army aircraft are a Mustang which is a helicopter not the P-51 and Shady which is a twin turboprop that is acting as a jump plane. Because of the nature of a non-towered airport the pilots announce what they are doing and there is a lot of traffic this day. It get a little heated and I thought it would be a good training tool for everyone.

A number a take-aways that I got from this recording. First one is to listen, listen, listen to the radio and paint that mental picture of the traffic in your head or if you can see it even better. Second even though it got a little heated on the radios the pilots remained professional. I love this about aviation that we all know there is more important things to put on the radio then our egos. You hear this that people are still reporting even during the argument. Third you never know when you are being recorded I think it should be assumed that anything you put on the internet or over the radio will be forever.