October 27, 2008
This weekend has been eventful to say the least. On last thursday Nick and I went to a Fly-in that we should of flown into. Because we went on a Thursday and not on the week end it was that busy and we should have rented a plane and flown in there. oh well maybe next year. Below is one the smallest plane we saw. It was on sale for $1900 so I bought it. Just kidding. It is so small that in order for me to fly it I would have to lose 40 lbs. In the back ground there is an old C-17 or DC-3 which ever you like to call it. but very cool none the less. 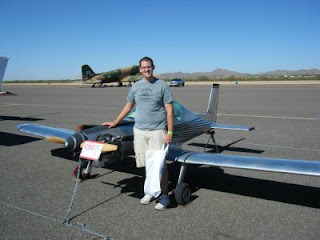 We also went on a Helicopter ride. I'd never been on one. Nick is going to start he's training as a Helicopter pilot once he here's back for the FAA about he medical. They are know for taking their time with paperwork. 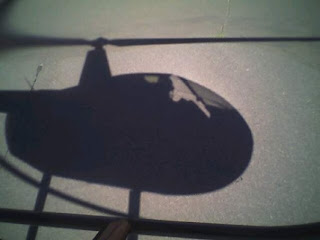 We were going to go to the show on saturday but our scuba friend Ed (one on Nick's old companions for his mission) invited us to go diving with him. and I'd been wanting to get my feet wet for since I got my certification. So off to Lake Pleasant we went. We went down to 60ft. the deepest I've bee so far. 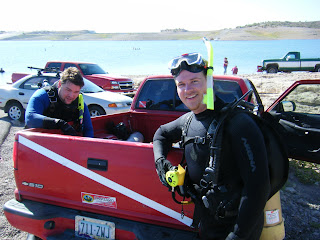 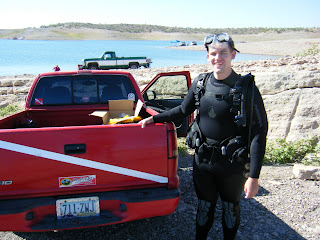 The morning of the dive I and the friday before I had had a little runny nose but I thought I would be ok for the dive. Well Although it was a blast and don't really regret it I probably should of pasted it up. Jessica hadn't been feeling that great since the middle of the week and although we had tickets to the ASU game we didn't end up going. We just stayed home the rest of the day. and all day sunday. now we are both doing better but still not 100%. but we'll get over it the drugs are good.

Breanna said…
Be careful doing that; flying and diving make for a dangerous combination because of the darastic changes in elevation.
Monday, August 17, 2009 2:19:00 PM