October 03, 2012
I'm in school right now. Not back to college but at school for the Navy. I got selected to go to (are you ready for this) Anti-Submarine Warfare/Anti-Surface Warfare Tactical Air Controller or ASTAC school. What that is the air traffic controllers on smaller ships. Like mine USS Princeton (CG-59) where all we have is a helicopter pad on the back of our ship. When we get underway we have a squadron of 2 helicopters on our ship with the pilots and crew to man them. But the controlling of the aircraft and any other aircraft coming to our ship is the responsibility of the ship. That is where my job comes in once I'm done with school I'll be one of the two ASTACs on board to control all helicopters (or helos as we call them) around our the ship.

It's a tough school one of the hardest for my rate (job) as an Operational Specialist or OS. I haven't been in that long so I was really luckily to get this school. Being a commercial pilot definitely helped too. Since I've dealt with ATC before and know how aircraft handle in the airspace system.

I'm in the middle of our 2nd week of school and just took our first practical test. Meaning controlling aircraft on a computer simulator and have an instructor as a pilot sitting behind you. Not to toot my own horn but I did very well and got the best score in the class. (I might end up paying for saying that later.) The test was controlling search patterns and a Emergency Low Visibility Approach or ELVA which is basically a radar assisted approach back to the ship. It was challenging and fast paced. I'm excited to move on. 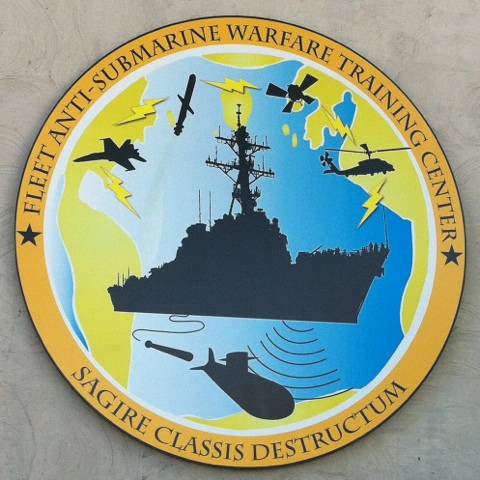